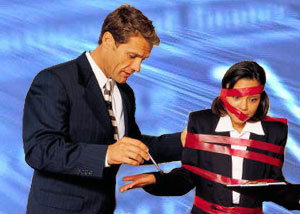 In Lord Young's 2010 report it was not so much health and safety enforcement but the compensation culture that was at fault. Soon after Lord Young, a more comprehensive review of health and safety regulation was comissioned from academic Professor Ragnar Lofstedt. This time the remit was narrowed to an examination of the scope for reducing the burden of legislation on business. His conclusion went further, stating that overall, there was no case for radically altering current health and safety legislation.

The Lofstedt report is a well researched document backed by some significant statistical evidence. It shows that work-related injuries and illness cause a great deal of expense to businesses and the economy. In the 2010/2011 financial year 4.4 million working days were lost due to workplace injuries and 22.1 million lost due to work-related ill health. Whilst it was said that the costs incurred by businesses in implementing health and safety regulation was burdensome (to the tune of £2 billion pounds per year) the overall cost of workplace accidents and ill health has been estimated to be up to a staggering £20 billion a year.

Lofstedt states that the benefits of health and safety regulation are significant but was able to point out some areas where the reglatory framework could be simplified (for example, in the explosives, mining and biocides industries). He noted that the scope for wholescale change to health and safety legislation is limited though. One of the reasons for this is due to the vast majority of legislation deriving from the EU (in the form of Directives). The most notable of these were what is referred to as the 'Six-Pack'. Since their inception statutory activity has continued to take place - to the extent that 41 of the 65 new regulations introduced between 1997 and 2009 originated in the EU. Little that could be done here then in the short-term. However, he did recommend that simplifications, or consolidations, of the Approved Codes of Practice (which support the intepretation of some European laws) are made. Those changes have recently been consulted on by the HSE.

When posing the question as to whether smaller businesses should be exempt from some health and safety legislation Lofstedt's answer was "no"; he points out that this sector is more prone to accidents than larger businesses. He did express concern, however, that lower risk businesses were subject to a greater proportion of inspections than higher risk businesses. This has already resulted in routine inspections being halted in many local authorties (despite the fact that typically such visits are completed in under an hour and occur once in every 10-15 years). Most local authorities will now only intervene where a complaint or accident has taken place.

Another one of Lofstedt's suggestions was that the HSE should direct the enforcement activities of local authorities. In doing so, he supposed that more of a distinction between health and safety and other regulatory duties would come about. (Although this does conflict with Lord Young's previous recommendation for combined inspections). In response, a new Enforcement Code will steer local authority intervention planning and put in place new reporting procedures so that activity can be monitored. This is currently being consulted upon by the HSE.

Lofstedt's report did not include an examination of how businesses and public organisations implement health and safety regulation; an area that is often associated as being the cause of many of the health and safety myths that end up in the newspapers. Neither was there an examination of how much support does (and could be) provided by inspectors in helping SMEs comply with their legislative requirements more efficiently. The results of which may present a different picture. Mind you, when you are in the business of politics having a monster to bring out and beat up every now and again can provide a useful distraction to whatever else is, or is not, happening. 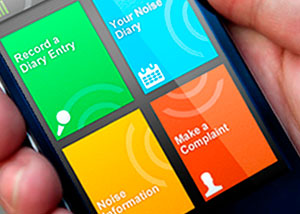 We have just launched our first mobile phone application! The App, a collaborative effort by Encentre and Three Spires Acoustics, provides a useful logging tool for noise complainants and comes with a number of additional resources.

Most nuisance cases will result from ongoing or intermittent noise disturbances so it is important that evidence is logged over time to demonstrate that a state of affairs exists. The Noise Nuisance App enables the sufferer to get a head start by logging the information needed to help progress the case and is a really efficient alternative to diary sheets.

Within seconds the sufferer is able to make an audio recording of the noise and enter detail about the nature of the disturbance and how it affects them. At any point the user can then email their diary entries and share the audio files directly with their local environmental health department (selecting from a complete UK & NI list). Alternatively, the sufferer can use the evidence they have gathered by taking their own action or refer to social landlords who might have a responsibility to act to prevent nuisances.

Successful cases often rely upon the quality of evidence provided and commitment from the complainants. Not everyone will have access to Smartphone technology but those who do can take advantage of the Noise Nuisance App.

The Android version will be launched soon but, in the meantime, iPhone users can find the App here or by searching for "Noise Nuisance" on iTunes. More information, including Q&As, can be found on the Noise Nuisance Association's website. 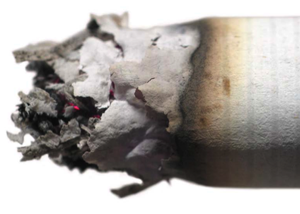 Over time regulators have prohibited smoking inside public spaces, increased the minimum age for tobacco sales, placed bans on tobacco advertising, imposed mandatory health warnings on packaging and, last year, even prohibited the sale of tobacco products from vending machines. Such measures have been imposed through a gradual introduction of health protection regulation.

The latest step in this development was the removal of tobacco displays from large shops (with a ban on tobacco displays for smaller shops to be implemented in 2015). The removal of cigarette branding, says Health Secretary Andrew Lansley, will deter young smokers from starting smoking through the removal of 'glitzy packaging'. The UK was not the first to introduce the latest measure; some other European countries had already been implementing the prohibition. On the whole, experiences in other countries indicate that the graduated regulatory approach being followed in the UK may be effective. In Canada, for example, there has been a gradual decline in teenage smoking over the last decade.

So what can we expect next on the smokeless horizon? Well, the government are currently considering whether they will require plain packaging on tobacco products. Again, if the ban on plain packaging were to go ahead, Britain would not be the first to impose it. Despite the threat of legal action and international arbitration, Australia's Upper House approved a ban on the use of trademarks and brand logo on tobacco packaging. In addition, groups like the BMA have called for a ban on smoking in all vehicles. Similar legislation exists in other countries aimed at protecting children from the effects of second-hand smoke in cars.

Unless there was a total ban, it is unlikely that improvements in smoking reduction can ever be attributed to regulatory changes alone. Changes in the law are playing one part in a wider social marketing campaign; one in which society increasingly seeing smoking as distasteful and unsociable. Its clear that action will need to be taken to address issues such the black market in tobacco and apparent inequalities in UK health. However, success in other countries like Canada and Finland will be enough to convince politicians that, where it comes to tobacco control, nudge-nudge regulation works.